Can anyone explain this?

Last year I was working with the After-School Enrichment Program at Myers Park Traditional (where I work this year as a Teacher Assistant). I had gotten off the bus at Queens University last April and saw this: 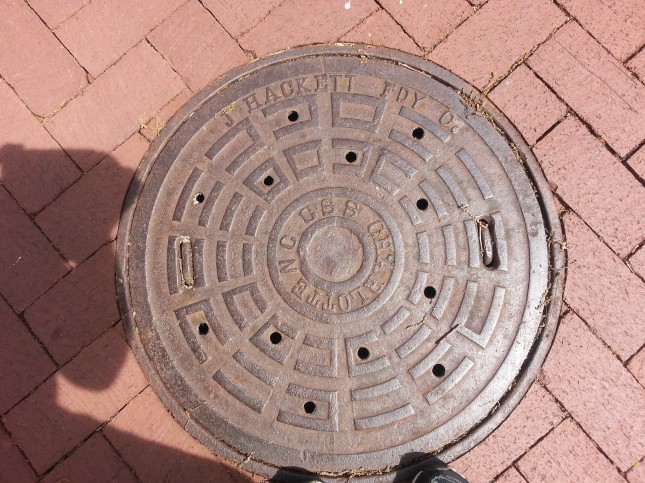 Taken in the common area at Queens University near the Student Union April 30, 2014 by the author

In the ending days of the Civil War, the Confederate Naval Yard was moved from Norfolk, Virginia to Charlotte.  Now while this may seem strange to have a naval yard so far inland, to the Confederates, it made sense as the Union Navy had effectively blockaded the entire Southern coastline since the beginning of the war.

Now here comes my question – the company that manufactured this manhole cover did not come into exsistance until the 1870’s and after the Naval Yard in Charlotte was dismantled. I hope that someone with knowledge of Charlotte history and the Civil War can answer some questions for me, like how did this end up at Queens University when the area was created in the 20th century?  Was this moved from somewhere in Center City Charlotte?

I hope that someone can help me with these questions.

Posted by mariaperry1 on January 6, 2015 in History, Places